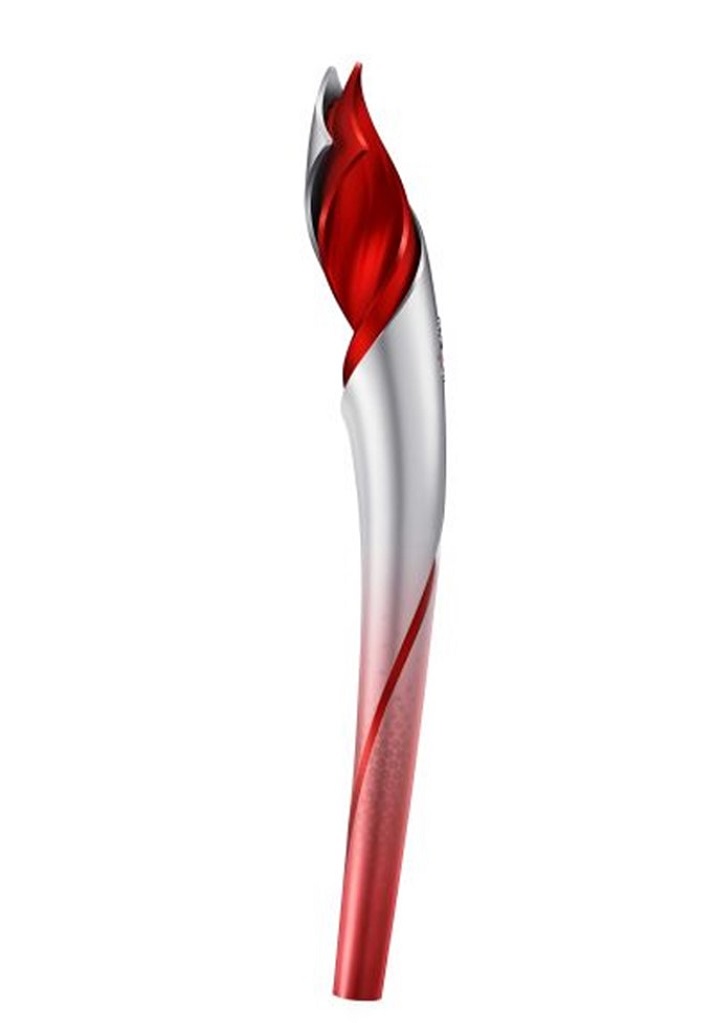 4th Feb. 2021, Beijing: The torch design for the Winter Olympic and Paralympic Games were officially released during the one-year countdown celebration to the 2022 Olympic Winter Games.

The Beijing Olympic Winter Torch with the name of "flying" features a similar design to the 2008 Games’ main cauldron, which resembled a giant scroll, highlighting the Olympic spirit's legacy in the Chinese capital. The torch spirals upward to resemble two overlapping fluttering ribbons with cloud pattern covering the handle of the torch.

One of the technology highlights of the "Flying" torch is the adoption of hydrogen as the fuel. The torch was designed and has undergone rigorous testing to burn reliably in most weather conditions and to withstand strong winds and extreme low temperatures except for the merit of environmental friendless. The other technology highlight lies in that, the torch is made of high temperature carbon-fiber materials, making the torch light in weight and resistant to high temperatures.

"The shell of the torch is made of carbon-fiber materials, revealing the "light, solid and beauty" of the torch; The application bottleneck of carbon-fiber composite materials under extreme conditions is removed (the torch shell can be normally used in a hydrogen combustion environment higher than 800°C );The problem of blistering and cracking of the torch shell under high temperature at 1000°C during the manufacturing process is solved. ", according to Mr. Huang Xiangyu, a carbon fiber expert and deputy general manager of Sinopec Shanghai Petrochemical Co., Ltd.

In addition, according to Mr. Han Zongjie, a senior engineer of China Aerospace Science and Technology Corporation, the development of the torch solved several technical problems such as the flame color and the stability, high-pressure hydrogen storage and safe use of hydrogen energy. The torch is provided with high safety, withstands strong winds and extreme low temperatures and the decompression ration reaches hundred times. Besides the technical problems, the torch also takes into account of the matching requirements of lightweight and miniaturization.

The R&D team tackled multi technical barriers such as the flame color and stability, high-pressure hydrogen storage and safe use of hydrogen energy during the development process of hydrogen as a fuel.

There will be many high-speed moving scenes or windy environments, especially during the torch relay of the Winter Olympic. The flame can be stably burned under the strong wind of 100 kilometers per hour after research and development,.

It is difficult to achieve a large-scale decompression of several hundred times in the limited interior of the handheld torch. A lightweight and miniaturized hydrogen decompression device developed is developed to decompress high-pressure hydrogen.

The Tokyo 2020 Olympic Games Torch is also fueled by hydrogen with the theme of "Light of Hope". On March 12, 2020, the torch was lit in the ancient city of Hera Temple, the birthplace of the ancient Olympic Games.

It is worth noting that, the torch was fueled by propane in the 1964 Tokyo Olympics. After the game, a "kitchen revolution" was set off in Japan, and gas stoves were gradually popularized. It remains to be seen whether the "hydrogen energy revolution" can be set off after the Olympics and Winter Olympics.